First, read this: If you don’t understand poverty than you are a Sociopath – The Guardian

Did you? Good. Now you know where this is coming from.

I don’t have an issue with what is trying to be conveyed, but it is conveyed in such a one sided way. It is true, to eat healthy sometimes is hard if you cant afford it. McDonald’s is cheaper than organic veggie burgers, and we have all had our retail therapy moments. But to stereotype anyone who asks “why” as being rich, well off, and a sociopath only shows how ignorant this writer is. Sometimes you just have to be mature about your spending, and plenty of poor people will agree to that.

If you’re choosing an expensive pair of sunglasses over rent money, food money, medical bills, I have every right to judge you. Its a poor decision, and no presumed societal pressures excuses you from making a bad choice. You can’t blame society on your lack of forethought. I have gone without a cell phone for an extended amount of time, I don’t currently own a car, I choose not to buy a PS4 yet as I don’t feel the need to waste that much money. Guess what? I am fine. I am not missing out on anything and I am happy. Putting such importance in material possessions is what gets people into this type of bind. What does owning a new cell phone prove? That you fit in? Who are you trying to impress?

Can’t one impress others through their actions and decisions, rather than the shallowness of owning a new handbag?

Society tells us we need these things, and some people fall into that trap. Entire advertising campaigns are devoted to showing you how awesome you are for owning the new thing and how lame you are to have last year’s thing. Why do you think a new iPod comes out every minute? They want your money, and want you to live the lie they spread to keep you coming for more. Some people fall for it. ALOT of people fall for it. I have fallen for it. We are conditioned to fall for it.

My issue with this type of behavior is when it becomes chronic. A consistent decision to blow all the cash on the newest thing. Like an addiction, if it begins to impact your normal life in a negative way, it has to be a problem.

Now, there is nothing wrong with spending a little money here and there on yourself. We can’t tip to the other side of the scale and become a miser. For a long time I felt guilty for spending money on me. My situation conditioned me to reject buying for myself, and its something I continue to work on. But you have to make the right decisions when you’re stuck in poverty. I know plenty of people on both sides of this scale. The ones who usually get out of their shitty situation are the ones who find that balance between miserly and a spend addict.

If you want the new thing and it won’t put you in a hole for getting it? Spend away! Why not! YOLO! And don’t feel guilty about it, either. Enjoy it, be happy you achieved enough in your life to be able to enjoy it without any repercussion.

But if you’re the sort that has to say “either, or”, puts ludicrous amounts of money on a credit card to buy that thing, or purchases something knowing full well you won’t be able to sufficiently pay off the bill for it, you have to re-evaluate your decision making. If you’re choosing Gucci over the baby’s formula, you need to re-evaluate yourself.

Anyways, back to the point.

The issue I have with this article is the assumption that anyone who has an issue with this type of behavior is rich and on the right side. As if there has never been a single person who has made it out of the hole of poverty, or that digging yourself out of that hole automatically makes you incapable of criticizing others on their decisions.

And what about this? Perhaps that richy rich guy securing his European summer home has also seen poverty in his life. Does being poor at one point give permission to judge others? Not necessarily. However, this person has had that experience, had lived it, and found a way out. They know it is possible to escape. Their experience is what is important, what makes their opinion valid. This doesn’t address every other person who may criticize the poor man’s decision making skills, but its important to consider these other people. They may know better than anyone else what its like to be at the bottom.

Fitting people into pre-existing pigeon-holes does a disservice to the individual. Every person on this planet has experienced life in a differing way than others. Every single person is an individual with their own observations and philosophies about the world around them. Painting the rich guy as a criticizing snob or the poor guy as the lazy bum is improper. It creates a narrative of good guy vs. bad guy, which makes for an interesting story, but in the real world places incorrect labels upon people. We are all different.

Here is where I give unasked for advice

As to those who find themselves clamoring for the newest clothing or tech gadget, some questions: Why do you want that so bad? Is it filling a void in your life, or do you just want to impress other people? If its for showing off, why do you care so much about others opinions of you? If its to fill a void, what is it that is upsetting you that much than you need things to fill the void up with?

Whats important is the inner you, not what you hang on the outside. If you are happy with who you are and confident in the type of person you strive to be, all the extra stuff in your world shouldn’t matter. Its more important to make sure those who rely on you and those who care about you are happy and safe, not whether or not you fit in with the cool kids. Things, objects, do not define the type of person you are. It doesn’t identify you truly with one sort of group or another. You can cover yourself up in as many expensive things as you want, but if you feel sour and negative inside, no amount of money is going to fix that. You can’t buy a better personality. You can’t hide your own perceived inadequacies behind a gem encrusted mask. You need to figure out why you feel that way, and try to correct it. If it is your own poverty that has you upset, the best thing to do would be to try and use the money spent on the disguise to pull yourself out of the hole.

Try and look into your own life for things that truly give you joy other than the newest thing. You can be happy without spending money. Sometimes its the laughs you share with someone else, or the times you spend with people you care about. At the end of life, the objects you accumulate will be bartered off, sold, and forgotten. People will remember you for the memories you created with them. That will be your legacy, not the Gucci handbag.

Ugh, I am so preachy. 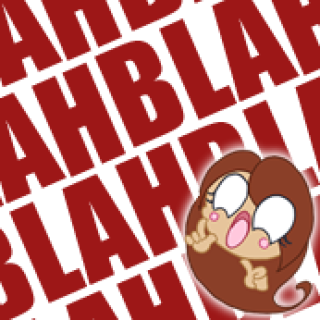